Cool off at this Big Island arboretum

Pause for a refresher at Hawaii Tropical Botanical Garden on the Big Island. Directions in Hawaii Big Island Trailblazer 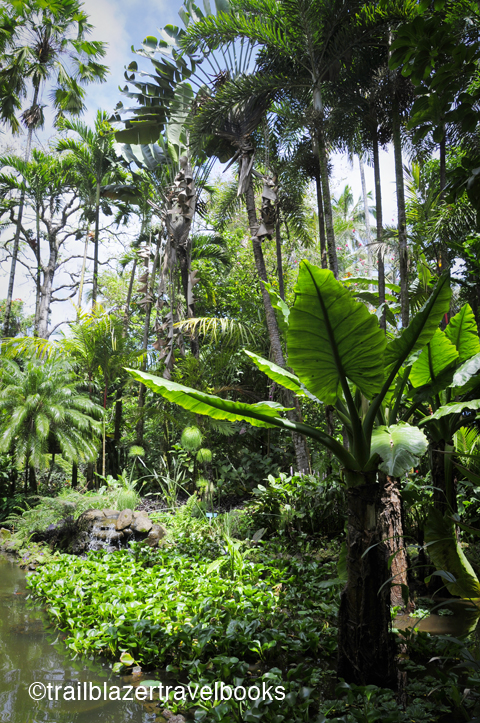 Forget the movie version of Hawaii and prepare yourself to see another planet altogether when you journey to the Big Island. Yes, you’ll find white-sand beaches arranged around turquoise coves, whose warm, clear waters are packed with fish and coral as colorful as a bag of gum drops, and, yes, deep green valleys are laced with waterfalls, and birds as colorful as the fish will flitter through exotic forests. Even so, these are just a few predictable elements of this strange and wonderful new land.

Usually, after taking an initial spin around the island, visitors are struck by its diversity—and for good reason. The Big Island is comprised of five separate volcanoes that have joined together over a million years, making it about twice as large as the rest of the Hawaiian Islands combined. On the slopes and shores of these oceanic peaks you will find 11 of the world’s 13 climatic environments. No place is more diverse. Yet, after taking another spin or two, visitors begin to appreciate the singular nature of this land, and to realize that the notion of island-as-planet is more than just a metaphor.

Creation enfolds here, right before your eyes. Enough new lava—molten earth batter—has erupted in the last twenty years alone to pave five round-trip roads to the moon. The newest of earth is nearly barren, fields of rock glistening smooth or heaped in jagged piles. At the coastline of these barren fields, coconut palms sprout after just years. At other eruption sites, just a century into the light of day, new trees and shrubs take hold. And at older flows, exposed to the elements for thousands of years, full forests have established. On the island’s oldest eruptions sites in the north are tropical jungles with beaches and valleys that hardly hint of their fiery origins. Recipe for Eden: Squirt a zillion tons of molten earth into the sea, add rain, air, sun, and time—et voila!