King’s Trail is a walk on Maui’s wild side 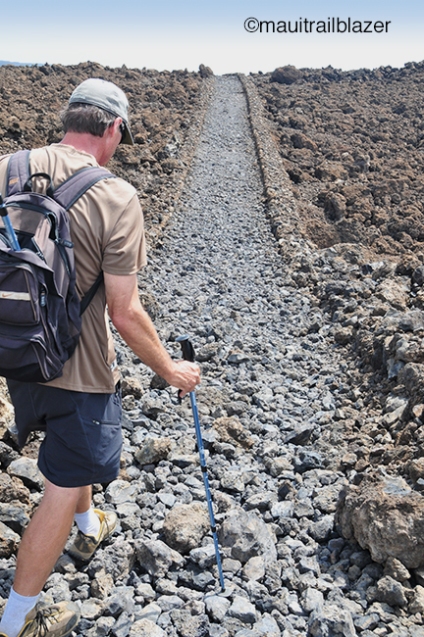 Not far from where the road ends beyond ritzy Wailea, the rugged King’s Trail begins its 12-mile run along the island’s arid and out-there south coast. The trail dates from King Pi’ilani in the 1500s, though it was reconstucted by Governor Hoapili in the early 1800s—and more recently by park officials. The “King’s Trail” is sort of a generic term for trails that encircle all the Islands, known for going straight as a string, rather than following contours. 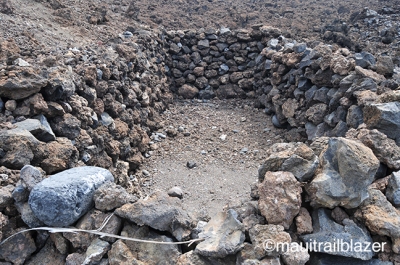 The trailhead is near the Ahihi-Kinau Natural Area Preserve, and at the site of  Keoneoio Village, a 65-acre historic district. Numerous lava-rock shelters, walls, and foundations remain. 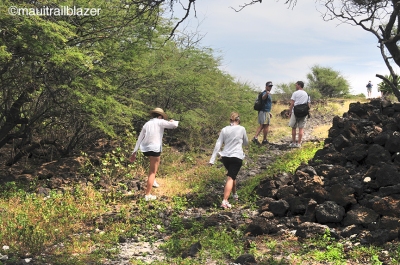 Stickery kiawe trees and wisps of sand soften the hundreds of acres of a’a lava flows (the kind piled up like broken shards, through which a tank could not pass).

Kanaio Beach is two-plus miles along the path. A little rocky and hard to get to, yes, but the swimming is very good with clear waters. 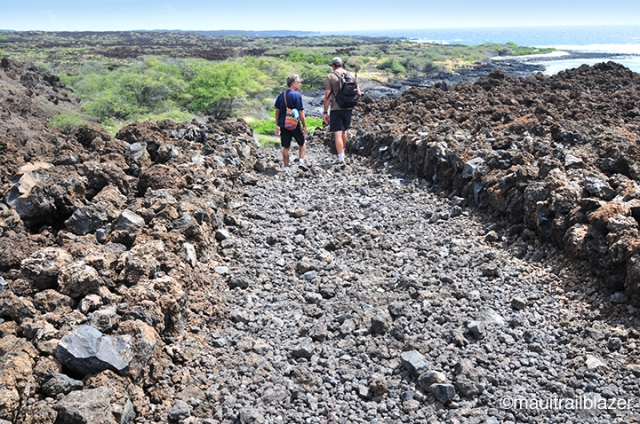 After several miles, the King’s Trail gets rougher, so bring heavy boots and prepare for a wilderness experience. Hardcore hikers can do a car-shuttle hike to Manawainui Gulch, reachable via a long drive up to and around the backside of Haleakala.
Maui Trailblazer has details on these wild lands of Maui, on pages 29-31, and 164-173. The south coast of Maui won’t be everyone’s cup of tea, but it offers solitude and exploration virtually free of tourists and the scenery is spectacular, with Haleakala rising from sea level to 10,000 feet.

← Maui’s Bellstone Pools and Nakalele Blowhole: Only beauties when they are sleeping
King’s Trail is a walk on Maui’s wild side →