Hot-foot it with Pele at Hawaii Volcanoes National Park

With all the possible ways for tourists to become injured or worse, you have to applaud rangers at the Big Island’s Hawaii Volcanoes National Park for keeping the gates open. So far so good: Only a few deaths have been recorded since Pu’u O’o (on the east rift) blew her cork in 1983, followed by a big eruption in Halemaumau Crater in 2008.  The Halemaumau blast—from a crater within the larger Kilauea Crater—obliterated a visitor overlook and Crater Rim Drive around the park has been closed ever since.
Besides hot lava (which melts rocks), toxic fumes, crumbling cliffs, earth cracks, and heat exhaustion are all dangers to avoid.

This is the lady behind all the fuming, Pele, the volcano goddess who has worked her way down the Island chain from Kauai, leaving lava lakes in her wake. Kauai is now green and Eden-like, eroding into the sea. On the Big Island, hundreds of acres of new land has been created, and new growth  of ohia trees and ferns are coming up through cracks in the black lava right now.

HVNP has by far the most wilderness to be found in Hawaii. You need to prepard to venture into areas like the Kau Desert south of Kilauea Volcano. 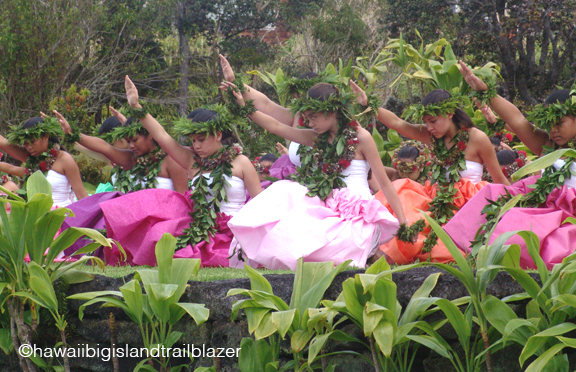 Pele, and other Hawaiin deities, are honored at a centuries-old hula platform right on the rim of the Kilauea Crater. Check the schedule and go if at all possible. This isn’t a tourist show, but Hawaiian culture in real time. 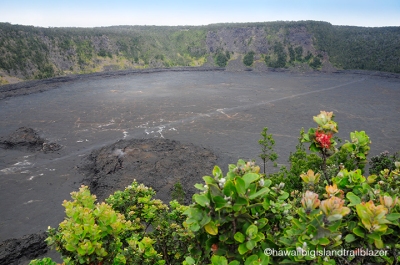 Though its last eruption was in 1959, Kilauea Iki Crater still leaks steam from broken tabletops of smooth lava. The 4-mile loop trial, which drops 400 feet, is one of the more memorable hikes in Hawaii. 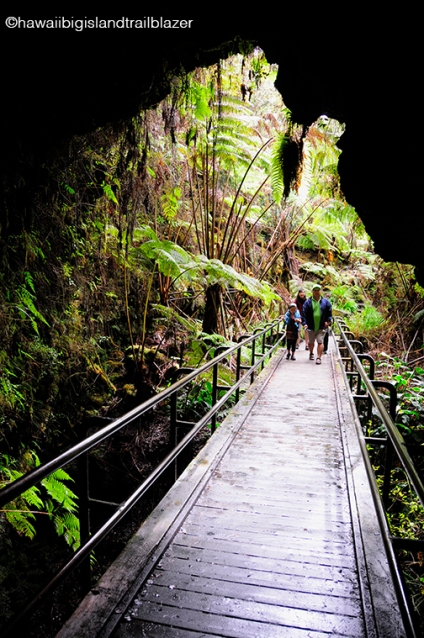 Right across the road from Kilauea Iki is the Thurston Lava tube, a family tourist trot not to be missed. Stairs and a railed path drop into a tree-fern and ohia tree forest that is a bird-watcher’s delight. The path continues through the dark tube—with a diameter of 12 to 15 feet, and 200 yards long. Lava tubes happen when a crust forms over the top of a stream of lava, while the flow continues underneath—the flow eventually stops and drains the tube.
Hawaii the Big Island Trailblazer has details on all of the above, plus much more in and around the park. 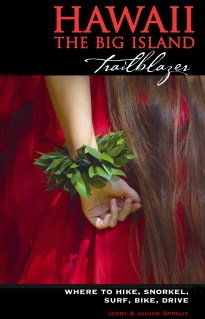