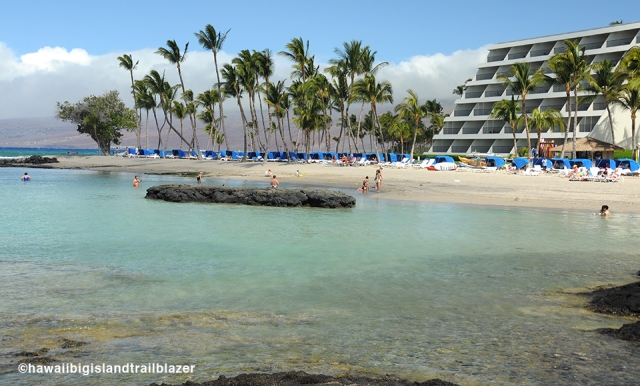 When visiting the Big Island, do yourself a favor and spend a day or two at the Mauna Lani Resort on the South Kohala Coast—the grounds cover square miles, with several  snorkeling beaches, historic sites, and lush freshwater ponds set in a tropical arboretum. This place an island unto itself.
The Nanuku Inlet (above) is a chest-deep, protected cove right in front of the resort’s modernistic beachfront suites. 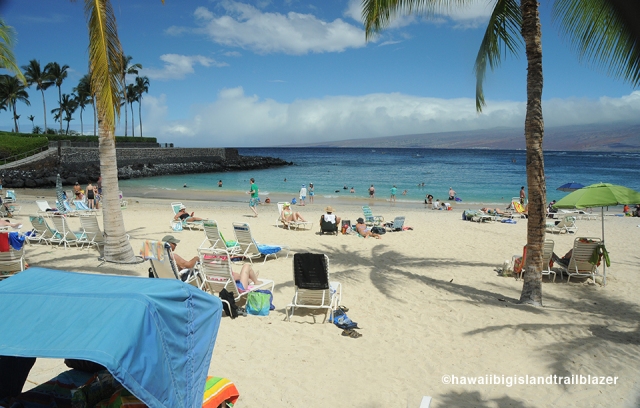 A stroll south reaches Beach Club Beach (above), which has some of the best snorkeling on the Big Island. Big coral heads reside not far offshore, including one called Turtle Mound that is well known among fish. You can take a coastal trail  from here—alongside a golf course set in an expanse of jagged lava—to 49 Black Sand Beach. Shell seekers will like the swimming. 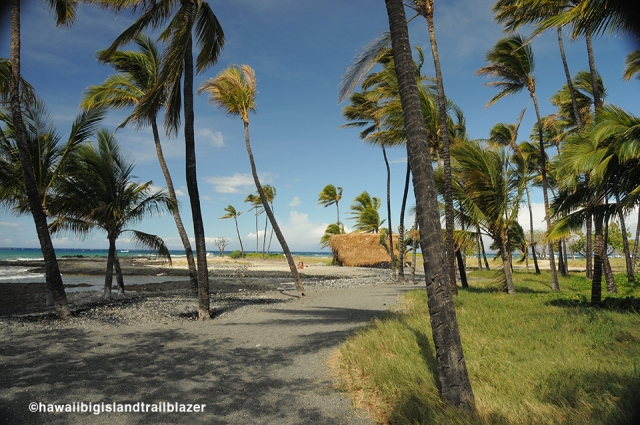 When built in 1972, the Mauna Lani set the standard for preserving cultural sites. Its 30-acre Kalahuipua’a Village Historic Park contains numerous building relics and petroglyphs.  If you are on-island during a full moon, mark your calendar to attend a Twilight at Kalahuipua’a (formerly ‘Talk Story’), an evening of  music and local lore held at the bungalow that is the Eva Parker Woods Museum.  Hosted by Danny Akaka Jr., this is quietly one of the top events in Hawaii. 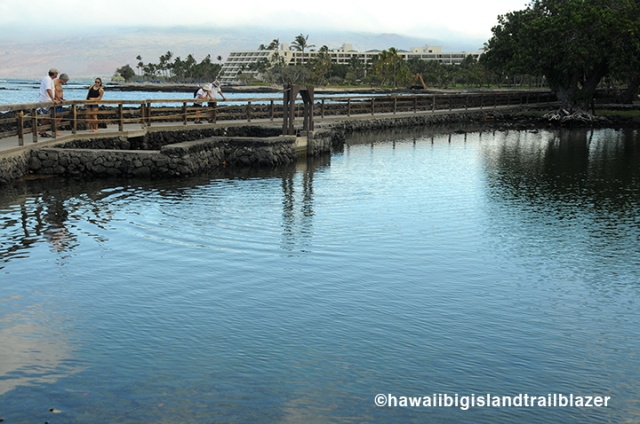 Behind the tiny museum are several lake-sized fishponds set among a variety of leafy tropical trees. A seawall runs along the shoreline and paths weave among the ponds. 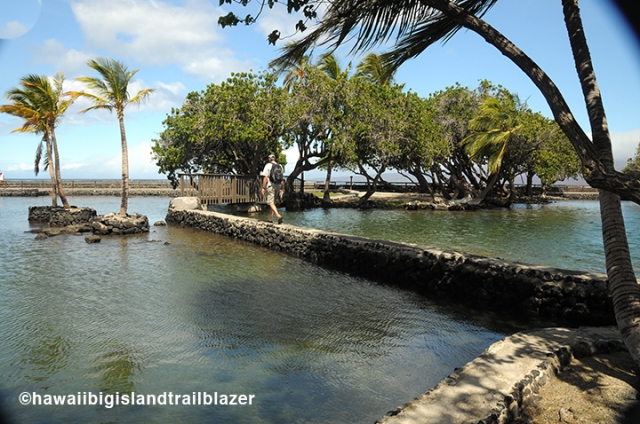 One seawall leads to a birdwatching hut in the middle of a pond—surely one of the most tranquil spots on earth. 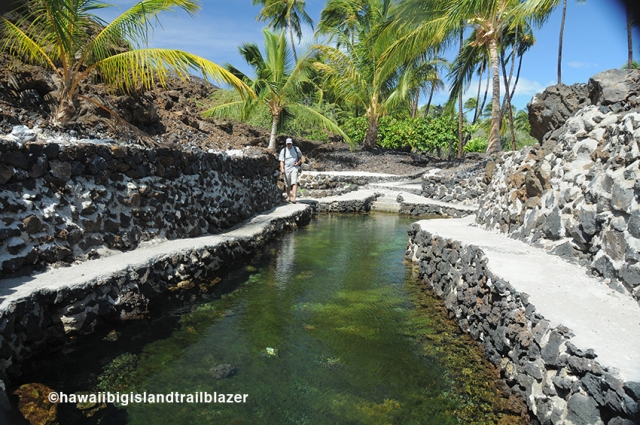 The Mauna Lani Queen’s Bath, nearly a century old, is tucked away on the edge of the ponds. Easy to miss.
Almost forgot: A path north from the Mauna Lani reaches the dreamy Fairmont Orchid Resort. Fronting the Fairmont is Pauoa Bay, a small aquamarine cove that begs for a quick dip. The trail continues, leaving resort world and entering kiawe forests of Holoholokai Beach Park—perfect for a picnic and home to a huge petroglyph preserve.
Hawaii the Big Island Trailblazer has the specifics on how to get to and around the Mauna Lani, as well as the other destination resorts of the South Kohala Coast. 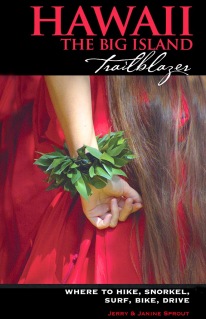 ← If wild is your thing, then Kauai is king
Is this Hawaii’s sexiest beach? →