Oahu’s Ho’omaluhia: From the gates of Hell to the Garden of Eden 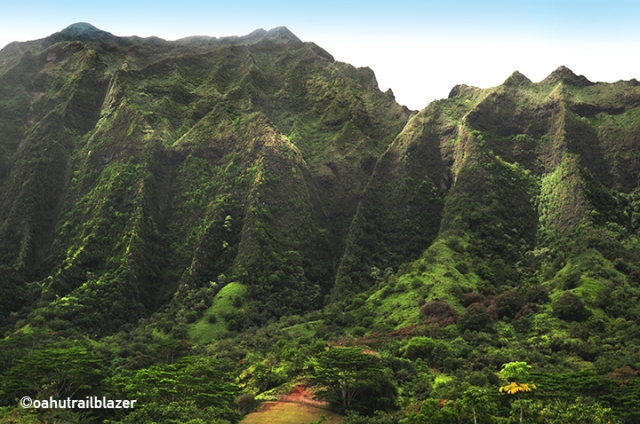 Running down the middle of Oahu is the Ko’olau Range, a razorback ridge (really, it’s only a foot wide at places) with steep green cliffs, nearly 3,000 feet high, that are choked with greenery. That’s what happens in a few million years after an enormous volcano stops spurting and the wind and erosion go to work on its crater. 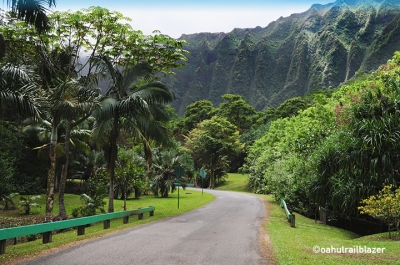 On the eastern (Windward) side of the Ko’olau is Ho’omaluhia Botanical Garden, which is really a half-dozen different gardens spread over 400 acres. Jog, stroll, hike, or find someplace to sit and take it all in. 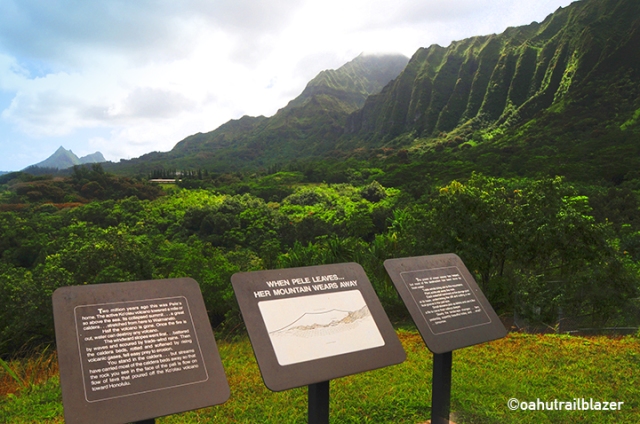 Intreptive signs give thumnails on the geological goings on. Lore says Pele, the volcano goddess, started on the northernmost island of Kauai and headed south looking for a new home, skipping to Oahu, then Maui, and then to the Big Island, where she’s going off today.
Another explanation is that the earth’s crust is rotating over a “Hot Spot” that is spewing lava into the sea from its molten core. Once the lava breaks the surface, it piles up 10,000 feet or more above sea level. As crust continues to rotate north, it leaves the Hot Spot behind, and the piles of lava—the islands— erode and eventually sink below the surface again. North of Kauai, the Hawaiian Archipelago, is comprised of 100 sea-washed atolls. 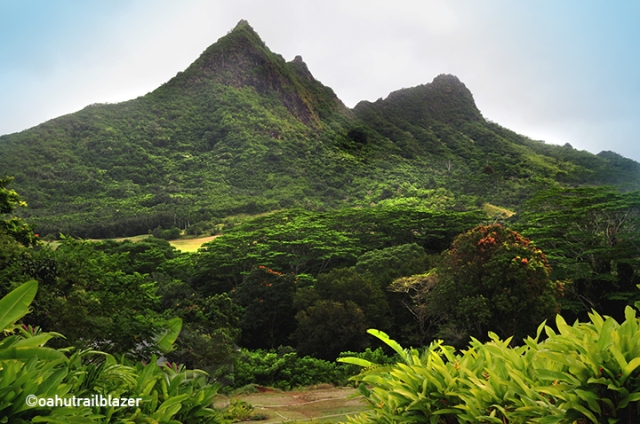 Olomana is a stand-alone ridge just east of the Ko’olaus, a freak remnant of the volcano. Its three peaks are reachable by trail: The first peak is thrilling, the second a white-knuckle risk, and the third is for mountain goats only. On the mountains of Oahu, thick greenery disguises steep drop-offs, and what looks like solid dirt can crumble beneath your feet.
Oahu Trailblazer has the deets on the trails of the Ko’olau Range. Though by far the most populated island, Oahu has the greatest number of tropical ridge hikes. 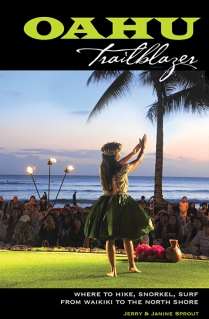