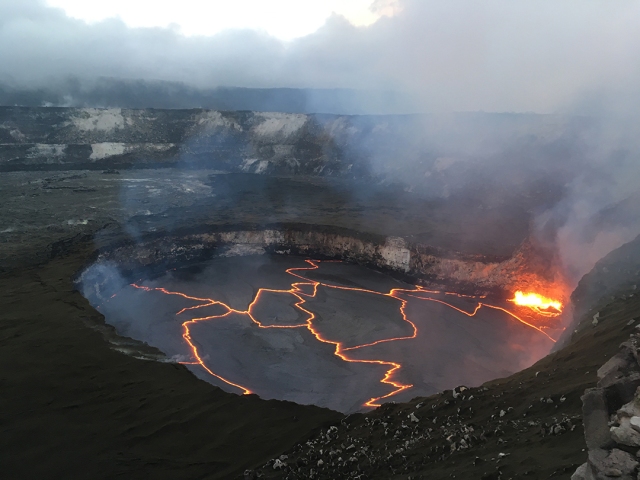 Five million years ago, Hawaii’s northern-most island, Kauai, was located several hundred miles to the south, where the Big Island is located today. Five million years from now, the Big Island will take Kauai’s place to the north, and a new island will be emerging from the sea in its former place.
That’s because the Hawaiian Archipelago is always moving north as part of the earth’s crust over a “Hot Spot” spewing lava from the core—like the shell of an egg rotation around its yolk. Lava from the Hot Spot emerges from the sea and piles up to 14,000 feet to form islands. 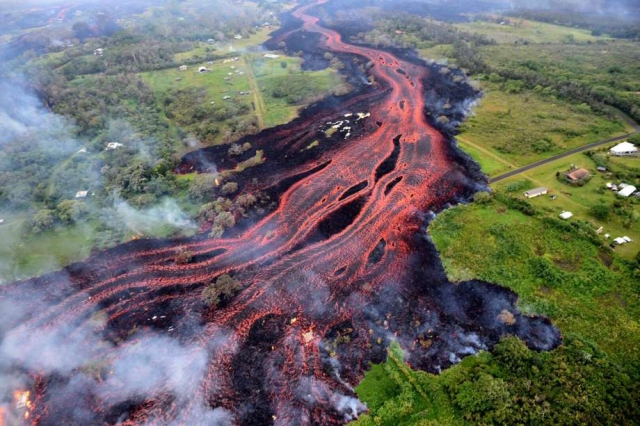 That Hot Spot showed renewed vigor this winter, as an eruption from Kilauea Volcano has sent rivers of lava over land to the sea. 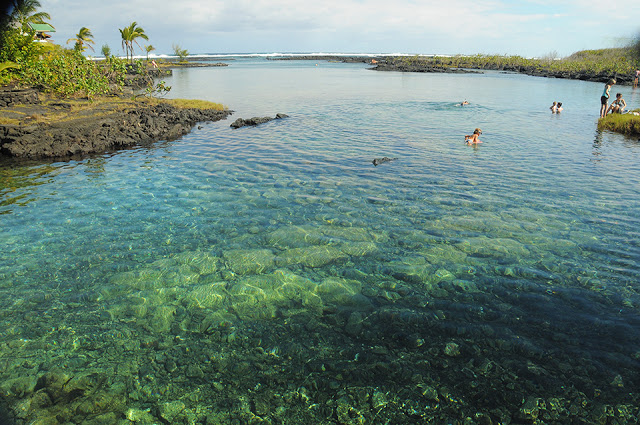 Tropical wonderlands on the Puna (east) Coast, like the Waiopae Tide Pools pictured above, were wiped off the map.

Here’s a photo of the Waiopae wipeout.  Acres of new land are added to the coastline. 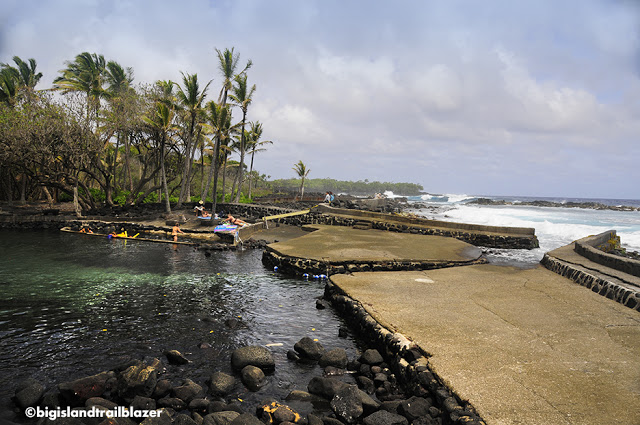 Green Lake was Hawaii’s largest freshwater source until a wave of lava came down the mountain and vaporized it in a matter of hours.

Meanwhile, on Kauai at the north end of the island chain, land is being subtracted rather than added. The relentless wave bashing at Queen’s Bath is a reminder of the islands’ fate. There are more than 100 smaller atolls north of Kauai that used to be towering islands.

Biblical rainfall teams with massive waves to erode the land. While the volcano was going off on the Big Island this winter, nearly 50 inches of rain bashed the north shore of Kauai during a 24-hour period.
Trailblazer Travel Books–one for each island–are complete and detailed guides for exploring this fantastic world of fire and water.

← The Big Island’s Mauna Loa: A Mellow Drive up the Most Massive Mountain in the World
Hawaii is trying to solve the ‘problem’ of too much success →